Solo is a very philosophical Dog.

Born in a litter of four, he was the runt in the litter. Clearly mother nature ear marked him to pass on.

But his mother thought different and thus he lived.

While the other mutts in the litter ran around, broke up things and generally created nuisance, Solo would sit in a corner, ruminating about life in general and why death is the inevitable answer to all that is alive.

Solo, thus grew up to be a philosopher, thankful to be alive and at the same time questioning why?

“Why didn’t I die? Why am I born? Why is Sky so blue? Why is grass so green? Why is Plastic? Why is Trump?” He would ask plaintively and to anyone who would lend an ear. Solo then would sink so deep into black, that all those who lend their ear would promptly ask for an early return of their ears.

Solo could create solid logs of immense poop. Even TIME combined with forces of nature could not destroy the output. He took great pride at his stools and every time he made a performance, the other dogs would gather around appreciatively - sniff it, and wholeheartedly endorse the prodigious output. 'Awesome' they would opine, punctuating it with other appropriate superlatives, as they inspected Solo's behind for possible clues that they could emulate or simply pay respect to that great orifice.

Frequently, encouraged by all the praise, Solo felt that he was destined for greater things, but consumed by darkness, he convinced himself that, he has to pass on to the other side to truly achieve greatness. I need to die he would say. Someone has to kill me! He took his mission so seriously that once, he went after the neighborhood snake, who was looking around for beetles and frogs and found Solo instead. The snake calmly told Solo that he is not poisonous and so cannot fulfill Solo's fantasy. “Fuck off!” Solo! The snake warned him, for my Bite can hurt. Unbelieving, Solo wades into a bitter argument with a very agile water snake and shortly thereafter Solo beats a retreat, licking his wounds.

“Damn! He swore to himself. That Baby…her Bite is worse than my Bark”!

Solo frequently plumbed such depths of depression that even his humongous stools couldn’t lift his spirits. Once as a last resort, he asked his Hooman for salvation. Why don’t you kill me? One less Dog for you to feed! He wailed!

The Hooman then took Solo aside. And then the Hooman told Solo the dark true secret.

You and me Solo. You and me both. I need you, without you there is nothing left for me!

So, these days, Solo is more cheerful.

“I cannot die”. He says! “My Hooman says he also will come with me”.

“I don’t want to die with that old Fart” 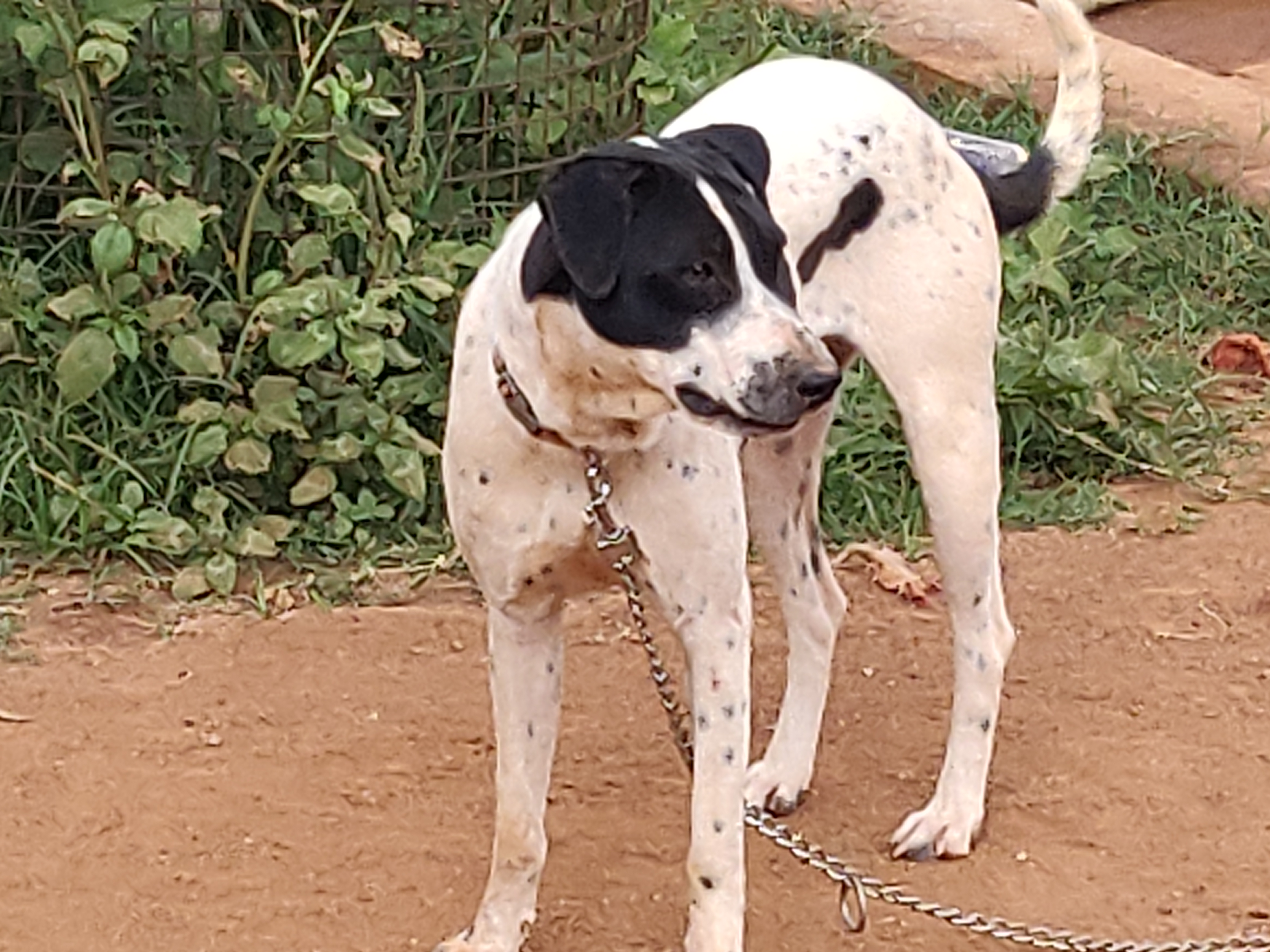